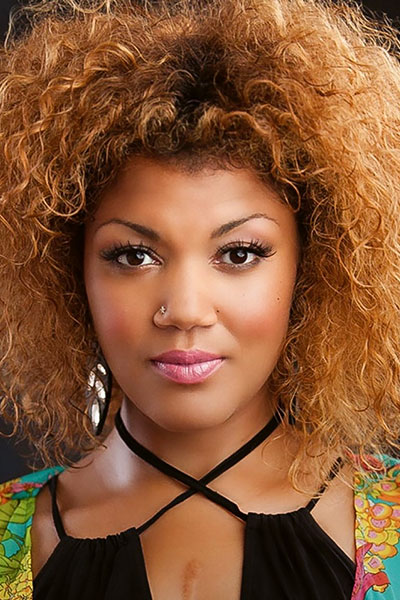 Measha began her career predominantly committed to the art of the song recital and has presented innovative programs at Carnegie Hall, Washington’s Kennedy Center, London’s Wigmore Hall, both the Konzerthaus and Musikverein in Vienna, Madrid’s Teatro Real, as well as at the Schwarzenberg, Edinburgh, Verbier and Bergen Festivals with celebrated collaborative pianists Justus Zeyen, Roger Vignoles, Julius Drake, and Simon Lepper.

Her forthcoming highlights include her Australian debut at the Melbourne Symphony Orchestra and in recital at the Sydney Opera House, a return to the Teatro Real, Madrid and to the Barbican, London with the BBC Symphony Orchestra, as well as performances with the Philadelphia Orchestra and the Royal Liverpool Philharmonic, and Vasily Petrenko.

Her first recording for Deutsche Grammophon, Surprise, includes works by Schoenberg, Satie and Bolcom and is one of the most highly regarded debut albums of recent years. Her subsequent disc Night and Dreams, which features songs by Mozart, Brahms, Strauss, Schubert, Debussy, Duparc and Fauré won several awards and her recording of the Wesendonck Lieder with Franz Welser-Möst and the Cleveland Orchestra earned her a Grammy nomination.

Off the stage, Measha is just as active: autumn 2017 sees the release of her memoir (published by HarperCollins); she appears regularly on primetime TV (most recently advocating on behalf of contemporary Canadian literature); and leading Canadian children across the country in song, in celebration of the nationwide campaign for music education.