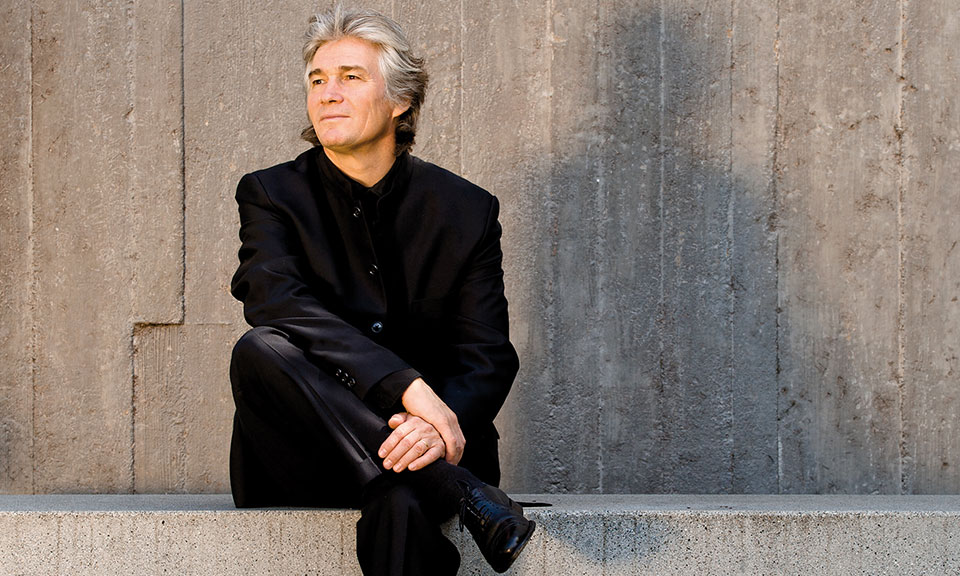 He recently completed a highly successful term of more than 10 years as Music Director of Vancouver Opera where he led the innovative ensemble in a repertoire ranging from Mozart to Tan Dun.

In the current season, Jonathan will conduct Fidelio at the SemperOper Dresden, Butterfly at the Wien Staatsoper, Boheme in Stockholm at the Royal Wedish Opera House, Faust in Vancouver and a tribute production to Mats Ek at the Paris Opéra and Ballet National de Paris.

Jonathan Darlington made his début at the Vienna State Opera (Madame Butterfly) in 2014 and has returned there annually since. Recent operatic highlights include Vancouver Opera (L’elisir d’amore), return visits to the Dresden Semperoper (Magic Flute, Don Giovanni and most recently The Barber of Seville) and the Swedish Royal Opera, Stockholm (Jenufa).

As Music Director of the Duisburger Philharmoniker Orchestra from 2002-2011 he explored a vast symphonic repertoire which earned him the prestigious “Köhler- Osbar Stiftung” and “Deutsche Musikverleger-Verband” prizes for the quality and creativity of his concert programming.

After his successful début with the Orchestre de Paris earlier in the 2015-2016 season which was broadcast live on the internet for Mezzo, Jonathan was immediately reengaged for future projects.

In the season 17/18 he has been re-invited to conduct the Orchestre de Paris, the Ulster Symphony Orchestra and the Philharmonic Orchestra of the Royal Swedish Opera, in an open-air concert in Stockholm. In the summer of 2017, he conducted a 12-city tour of the National Youth Orchestra of Canada, including live streaming from Montreal, Toronto and Vancouver and in the summer of 2018, Jonathan conducted them on tour again, including concerts in Germany – Berlin Konzerthaus and Kassel – and UK – Edinburgh International Festival.

He has recorded exclusively on the Acousence “Living Concert Series” a wide repertoire including La Mer, The Rite of Spring, Mahler’s fifth and sixth symphonies, Don Quixote, and the Tchaikovsky Violin Concerto with Susanna Yoko-Henkel, for which he won the “Echo-Klassic Prize”.

Jonathan is a Fellow of the Royal Academy of Music and a Chevalier des Arts et des Lettres. Since 2018 he is Music Director Emeritus of the Vancouver Opera.